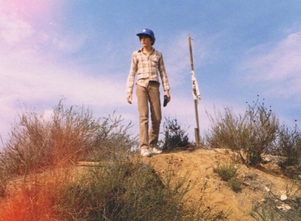 The author, age 14, planting a "flag" on a summit overlooking Upper Franklin Canyon Reservoir
The seeds for 10,000 Steps a Day in L.A.: 57 Walking Adventures were sown into me at a young age.  Growing up in Los Angeles, I was fortunate to live in the Santa Monica Mountains.  I spent countless hours roaming the canyons and ridges behind our house off Coldwater Canyon Drive, imprinting a restlessness to see as much of the city as I can.

As I got older and realized that staying in shape is something you have to actually work at, I started setting number-oriented goals.  Conquering the highest mountains on all 7 continents seemed a bit too dangerous, so I opted for safer, saner milestones, like circling the Big Island of Hawaii by bicycle, century (100-mile) bike rides, or running 10Ks.  I guess 10,000-steps is simply a continuation of my desire to achieve finite fitness goals.  We as a society like nice, rounded numbers -- think Top 10 Lists, Anniversaries, Malcolm Gladwell's magical 10,000 hours, and so on -- and I'm no different.

Little did I know that my 10,000-step regimen would turn into an obsession.  The result is this book.  Tapping into the wanderlust I developed coming of age in L.A., "10,000 steps" is simply a construct to invite Angelenos and tourists to share in the myriad treasures our city has to offer -- be it urban, natural, cultural, architectural, culinary... or just plain bizarre.  A happy byproduct of all this walking?  It helps keep the weight off.  Happy trails! 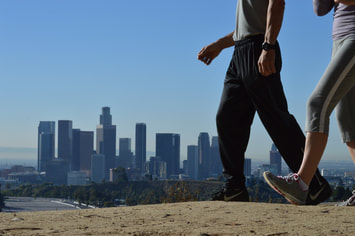 An excerpt of the book’s Intro:

Some of humanity’s greatest minds—from Ludwig van Beethoven to President Truman to Steve Jobs—enjoyed daily constitutionals. And since you live in the twenty-first century, chances are you’re the owner of a pedometer, a Fitbit, or some other digital doohickey that measures your steps on a daily basis. (And if you don’t, no worries—you can still do these walks without one.)  For many of us, 10,000 steps a day has become our mantra. The concept first took hold in Japan in the 1960s. Dr. Yoshiro Hatano determined that a person who takes 10,000 steps a day would burn twenty percent of their caloric intake. To this day, a pedometer in Japan is called a manpo-kei (literally, “10,000 steps meter”).

Flash-forward to the present. The benefits of 10,000 daily steps are hailed by a number of health institutions: the World Health Organization (WHO), the U.S. Center for Disease Control, the Surgeon General, the American Heart Foundation, and the U.S. Department of Health and Human Services. Insurance companies like Kaiser Permanente and Blue Shield have joined health experts Dr. Oz and Bob Greene (Oprah’s trainer) and a growing list of celebrities in publicly endorsing the 10,000-steps program.
... 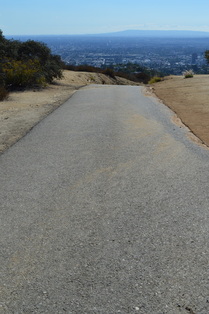 I may be biased, but I believe there is no greater walk­able metropolis than Los Angeles. My observation has been shaped by a lifetime of exploring L.A. and traveling to for­ty-eight other states and thirty countries. Like Manhattan, we have our own cultural enclaves marked by historic architec­ture and exotic cuisine. But we are also blessed with a temper­ate climate and a famously diverse topography that includes a swath of mountains right through the center of the city. We also have Hollywood. Whether it’s moseying through an old Western movie set, circling TV’s most famous fishing hole, or dropping by not one but both churches where future pres­ident Ronald Reagan married his two wives, this book trains our pedometers on L.A.’s unique and endlessly fascinating stature as the entertainment capital of the world.

That’s not to say you should expect to plant your heels in Tom Cruise’s footprints at the Chinese Theatre. These walks favor the obscure over the obvious. They retrace the routes of a proposed freeway and an old bicycle tollway, revis­it the haunts of abandoned neighborhoods and amusement parks, and pay tribute to the legions of dreamers lured by thepromise of the Golden State but whose dreams went unreal­ized. Of course, many dreamers made good on their grandi­ose visions—Hubert Eaton, Abbot Kinney, Griffith J. Griffith, and Ray “Crash” Corrigan, to name a few—and they’re cele­brated in these pages, too. And though some tourist traps are unavoidable, they’re presented in a context that helps explain what made them cultural touchstones in the first place. 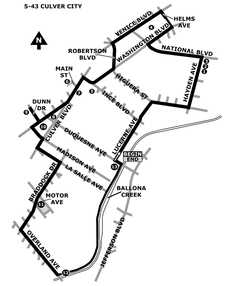 Of course, modern Los Angeles owes its very existence to imported water, a complex saga that inspired Chinatown and continues to define who we are. More than one-third of the journeys in this book take you to our city’s lakes, arroyos, res­ervoirs, hidden creeks, or flood control basins. Besides sep­arating history from revisionist history, these waterly walks reveal unexpected oases that shimmer in the sunlight and connect us to the land.

Ultimately, all of these walks are about connectivity. At 472 square miles, Los Angeles can be an overwhelming place. But it doesn’t have to be. Like a giant piñata, L.A. works best  when you crack open its papier-mâché exterior and revel in its panoply of flavors. With that in mind, these fifty-two routes extend to all four corners of the city—from Pasadena to Pacific Palisades, and Chatsworth to Baldwin Hills—and cov­er fourteen more municipalities either within or just beyond its borders. Once you get a few dozen treks under your feet, an inter­esting thing starts to happen. Linkages form from one com­munity to the next. And although they retain singular identi­ties, taken together, they tell the narrative of Los Angeles in all its messy, chewy goodness.

Thank you to readers who have sent in photos as they have walked the book's 57 itineraries. Some have even bumped into strangers doing the same routes, book in hand (leading to some double-selfies). Keep on trekkin', Angelenos!